Basis for and Clinical Importance of Stratum Corneum Acidification
February 4, 2019by Webmaster

While long suspected to be an important regulator of cutaneous antimicrobial defense, the ‘acid mantle’ of the stratum corneum is also a critical regulator of three additional, critical functions – permeability barrier homeostasis, integrity/cohesion (desquamation), and restriction of pro-inflammatory cytokine signaling (i.e., dampening of inflammation) (1,2). The pH of normal human stratum corneum ranges from 4.5-5.5, with the lowest levels occurring in darkly-pigmented individuals (3).

The epidermis renewal time is about 28 days, during which a pH gradient is formed. For several decades, it was assumed that the low pH of the stratum corneum resulted from the deposition of sebaceous gland-derived free fatty acids (FFA) on the skin surface. But it is now evident that secreted sebaceous gland products are not required for stratum corneum acidification, and may have limited impact on pH, as it has been observed that sebaceous gland-impoverished skin sites are as acidic as adjacent, sebaceous gland-enriched sites (4). Instead, pH acidification is achieved by several endogenous pathways including by-products of keratinization (filaggrin processing accounting for 0.5 unit of the bulk pH of the stratum corneum) (5), synthesis of FFA from phospholipids by the secretory phospholipase A2 (contributing to »one unit of SC bulk pH) (6,7), and the sodium-proton exchanger NHE1. In addition, the contribution of melanosome transfer in reducing skin pH, further increases skin acidic mantle in dark pigmented skin compared to light pigmented skin (3).

Skin surface pH is an essential component for a functional skin barrier. It provides antimicrobial defense, and regulates stratum corneum desquamation (8). Indeed, the upper layers of the epidermis carry several enzymes which activity is pH-dependent such as lipid generating enzymes, working best at acidic pH, that supply the lipid envelope of the stratum corneum (ceramides and phospholipids), or extracellular serine proteases, which are responsible for corneocytes shedding, that work best at neutral to alkaline pH (9). In addition, these proteases also play a role in skin inflammation, as they can process and activate inflammatory precursors such as IL-1α and IL-1β (10,11).

The importance of skin pH has also been highlighted in pathologies like ichthyosis vulgaris or atopic dermatitis, which depict dramatic barrier function impairment. In both diseases, the stratum corneum pH is increased by approximately 0.5 unit compared to healthy skin.  This increase has been correlated with: 1. mutations in the Filaggrin protein, impairing its degradation in smaller components associated with pH reduction) and, 2. excessive serine protease activity, leading to excessive desquamation, cytokine cascade and inflammation) (5,11,12).

Age also seems to play a role in stratum corneum pH. Aged human stratum corneum (50-60 years old) displays a higher pH than in a younger skin, with proven adverse consequences for both barrier function and stratum corneum cohesion. This age difference has been linked to decreased expression/activity of the sodium-proton exchanger NHE1 and the secretory phospholipase A2 in aged individuals (13).

In all cases, providing exogenous acidification has shown clinical benefits. Several rat and mouse models mimicking atopic dermatitis, fragile neonatal skin or an aged phenotype have been employed to demonstrate that defects in the barrier function maturity and stratum corneum cohesion can be corrected through restoring a normal skin pH (13–15). Moreover, in the case of atopic dermatitis, exogenous stratum corneum acidification has also been reported as beneficial in further preventing the ‘atopic March’ associated with aeroallergen-induced asthma (16).

In conclusion, the importance and clinical benefits of maintaining a low skin surface pH are becoming increasingly evident, especially in inflammatory dermatoses such as atopic dermatitis as well as aged skin, where the use of reduced pH emollients and cleansers should be strongly recommended to maintain a skin barrier in good condition. 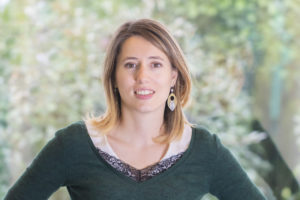 Before joining Silab in 2016, Dr Mainzer was a postdoctoral scholar in the Department of Dermatology at University of California San Francisco under the supervision of Dr. Peter Elias and Dr. Yoshikazu Uchida, where her work focused on the communication between inflammatory cells and cutaneous cells under bacterial challenges. She obtained her Ph.D. from the University of Lyon (France) in 2014 with work focused on the involvement of the Insulin-like growth factor (IGF)-1 on epidermal differentiation and aging. Dr. Carine Mainzer has been within the cosmetic industry since several years now, working notably with Johnson & Johnson Consumer France, Natura and Silab. Her current position offers her the opportunity to continue applying her scientific expertise to the research problematics of the cosmetic industry in various domain around skin. 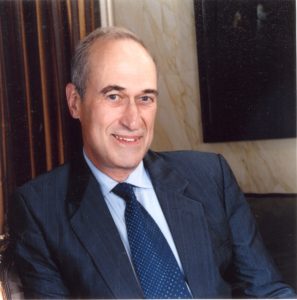 Dr. Elias, Staff Physician, San Francisco VA Medical Center and Professor Emeritus, University of California San Francisco, is in part responsible for the present wealth of knowledge on the structure and myriad functions of mammalian stratum corneum.  His pioneering research since the 1970’s has dispelled the myth of the stratum corneum as a “dead, keratinized, basket-weave” structure, to establish the iconic “brick and mortar” model.  The stratum corneum is now viewed as a metabolically active, two-compartment composite that functions as a biosensor. The resultant “outside-in” concept of the barrier as a prime mover in the pathogenesis of cutaneous disease has also been a highlight of his work, with the paramount role of skin barrier dysfunction in disease pathogenesis now widely recognized. Over the past 40 years, his lab has been the destination for over 100 young investigators from around the world, a trend that continues to enrich the field of academic dermatology with an armamentarium of techniques and disciplines on epidermal structure and function.  Dr. Elias mentors his vast network of associates and postdoctoral fellows, past and present, several of whom have achieved leadership roles in academia and industry the world over.  His oeuvre comprises over 650 scientific publications, including several books that he has either edited or co-edited.