Solar Ultraviolet Radiations UVA and UVB are complete carcinogens. They both cause DNA damage and, in the process of DNA repair, mutations are generated at non-negligible rates. Some mutations provoke the so-called transformation in which a cell acquires unlimited replication potential and loss of growth control.

UV radiation is also known to be the single most effective factor of skin aging. This occurs via the elicitation of a strong inflammatory reaction that provokes multiple oxidative cascades as well as the release of Matrix Metallo Proteinases, the consequent disorganization of the elastic fibers and a massive deposition of elastin.

Since the early twentieth century it is known that sunburn is provoked by UVB and the cosmetic industry developed UVB filters to protect against it. For two generations, between 1935 and 1985, UVB filters were used to protect the skin. In spite of the use of these filters it was observed that the skin of sun-worshippers became sagging and accumulated wrinkles, as if something else than UVB could accelerate skin aging. Experiments performed in the late 80s and early 90s by casting UV radiation of defined wavelengths on the skin of hairless rodents allowed scientists to realize that skin sagging is the consequence of UVA irradiation (1). UVA was also shown to induce DNA damage when in the presence of Oxygen and transition metals (2), as is the case in vivo. The cosmetic industry therefore developed UVA filters.

The preparations of formulas to protect against UV radiation is not straightforward, insofar as the protection afforded by the filters is not proportional to their concentration, that is that in order to double the SPF of a formula one might need to increase the concentration of the filter by a factor of three or four, and the filters at high concentration affect the esthetics of the formula and might affect the health of the skin as well. In addition, the UVA filters agreed to be in the positive list of the FDA are unstable. Remarkably, the FDA opposes the addition to the positive list, of new, stable UVA filters that transfer energy to molecular Oxygen and produce singlet Oxygen, the most reactive of the Reactive Oxygen Species. The FDA is probably right: with Quantum Yields of singlet Oxygen generation that reach up to 0.09, these UVA sun-filters could safely be called photosensitizers.

There is a need for new, safe, non-expensive UVA filters. They can be found in nature, for instance as components of edible algae (3). Plants and algae are particularly interesting insofar as they are accessible to investigation and constitute a sustainable material for extraction or production. Porphyra umbilicalis (also known as Nori) is an alga growing on Asian coastal lines. It is used to wrap sushi pieces in Japanese cuisine. It contains relevant amounts of Mycosporine–like amino acids (MAA) which absorb UV radiation with a sharp peak in the UV-A region, centered at 334 nm. Its molecular weight is around 350 and its molar extinction coefficient at 334 nm is 44,000. This is to say that its K-value is similar to the one of Parsol 1789. Nori extracts can be used to dramatically improve the broad-spectrum absorption of sunscreens. Materials absorbing at 330-340 nm are also demanded globally, for products aimed at evening skin tone, because they absorb in the UV-A region known to provoke the immediate pigment darkening.

At this stage the extract is appropriate for being used in cosmetic formulas. The cost of extraction is minimal and the abundance of the biomass is such that the cost of the bulk of algae is negligible. This makes the MAA from Porphyra umbilicalis an ingredient of choice for new sunscreens. As a matter of fact, this MAA does not absorb in the UVB and as such, technically, it is not considered to be a sun-filter by the FDA and can therefore be used to boost the protection of broad-spectrum sunscreens. 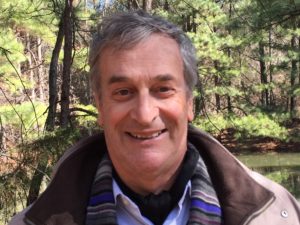 Paolo Giacomoni acts as an independent consultant to the Skin Care industry.  He has served as CSO of Élan Rose International (2015-2-2018), as VP of Skin Care R&D with Herbalife (2011-2014) and was Executive Director of Research at Estée Lauder (1998-2011). Dr. Giacomoni was also in charge of research and communications for Clinique and has conducted research on cell and surface biochemistry for best-selling products.  During his tenure at L’Oréal, as Head of the Department of Biology, and then as scientific attaché to the Director of Applied Research, he built a record of achievement through research on DNA damage and metabolic impairment induced by UV radiation as well as on the positive effects of antioxidants.  Dr, Giacomoni was one of the founders of the European Society for Photobiology as well as of the European Network for the Study of the Biology of Aging. He has authored 100+ publications and patents. He received his Ph.D., in Biochemistry from Université Paris VI, a Laurea in Atomic Physics from Università di Milano, and had Post-Doctoral Training at Deutsches Krebsforschungszentrum, Heidelberg, at University of Wisconsin, Madison, WI and at University of California, San Diego, CA.