Muslims around the world used the word Halal for many years to describe a certain dietary regimen. The roots of the word originate from the Quran and Shariah and it typically defines how animals are slaughtered and restricts the consumption of certain animals, and alcohol.  In general, everything created by God is allowed as food with some exceptions.  These exceptions include pork, blood, animal meat that was not properly slaughtered, alcohol, intoxicants, and inappropriately used drugs.  With regard to fish, all fish with scales are allowed but animals that live both in water and on land like frogs are not allowed.  In addition to previously described restrictions, Genetically Modified Organism (GMO) and body parts/fluids are not allowed.  For example, gelatin is not considered Halal if it comes from pigs or from animals that were not slaughtered properly.  Keratin and stem cells from human origin are not allowed as well.

In the last decade, the word Halal was used to describe not only foods but also personal care products as well as cosmetics and a variety of other marketed products. The demand for Halal products has continuously grown over the past few years and is expected to grow even further.  For cosmetics, raw materials as well as finished products are subject to certification.  As a general rule, during the Halal certification process the products should first meet all local guidelines in terms of safety purity and quality.  For example, if the product is under the FDA jurisdiction, it must meet first such guidelines and then be considered for Halal certification.  The certification process typically starts with an application, followed by submission of the documents related to sourcing of all raw materials and is typically finalized with an onsite inspection.  The onsite inspection considers factors like manufacturing, storage, packaging and transportation of such products.

In North America there are several agencies that certify raw materials and cosmetics products. The Halal Advisory group www.halaladvisory.com is one of such agencies and is located in New York city. Another agency of interest is the Islamic Society of the Washington Area known as ISWA www.ushalalcertification.com. This agency is located in Washington DC and like other agencies has an online application.  The Islamic Food and Natural Council of America (IFANCA) is located in Park Ridge, IL and has a web presence at www.IFANCA.org the agency grants Halal certificates as well. For European companies, The Muslim Food Board (TMFB) located in the United Kingdom issues Halal certificates under its division; Halal Certification Europe.  Applications can be submitted online at www.tmfb.com.

I hope this short synopsis will give the reader an overview of the Halal guidelines, and means to obtain certification for raw materials and finished goods. If additional information is needed to understand the Halal standards, one good resource is The Malaysian Standard MS 2200 Pat1: 2008 which describes the practical guidelines for handling Halal cosmetics. 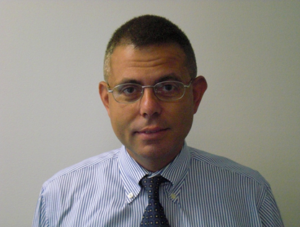 Dr. Hani Fares started his career in personal care studying the effect of solvents on sunscreen chemicals. His interest in skin drug delivery especially from polymeric matrices grew during his graduate work at Rutgers, where he completed his Ph. D. in Pharmaceutics. Dr. Fares worked at Block Drug and GlaxoSmithKline where he held positions in research and development in the areas of skincare and oral care.  After that, he joined L’Oreal where he held several positions of increasing responsibility leading to AVP of skincare.  He is currently the Senior Director of skincare and oral care at Ashland Specialty Ingredients.  Dr. Fares is the author of many publications, and patents and made many presentations in national and international meetings in the areas of suncare, skincare, and oral care.