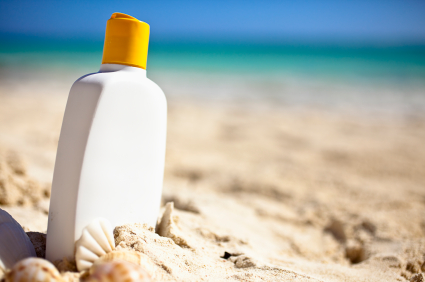 Ever Since the FDA published its proposed rules in February of 2019 reclassifying 14 of the 16 sunscreens approved as Category I to Category II and III, the entire US sunscreen market has been upside down.  Most sunscreen manufacturers scrambled to formulate new products incorporating mineral sunscreens like Zinc Oxide and Titanium Dioxide since they were the only sunscreens left as Category I.

Although most companies have mineral formulations already, these are mostly targeted to babies and young children.  Now the pressure is on to produce mineral sunscreens with high SPF suitable for all consumers and that can compete with organic formulations. This is a task that is not easily achieved, especially with the whitening effect associated with these formulations. Raw material suppliers have been also affected.  Polymers, SPF boosters, emulsifiers, and other key ingredients that provided a benefit in organic sunscreen formulations are no longer promoted. Instead, most raw material manufacturers have to promote ingredients that work mainly in mineral formulations.

A snapshot of the percent of zinc-based formulations launched globally from 2018 to 2020 (to date) is displayed in Figure I (below). The data shows that the US (34%) leads both Europe (10%) and Asia Pacific (27%) in the percent of new launches of zinc-based sunscreens.  This ratio is quite high and shows the effect of the recent scrutiny by the FDA on the safety of sunscreens in the US.  In general, the US market is in-line with the European market in terms of customer preference of organic-based versus inorganic-based sunscreen formulations.  Historically, inorganic sunscreens were more popular in Asia than the rest of the world due to their impact on skin tone.

Figure I. A comparison of the percent of global launches of zinc-based formulations from 2018 to 2020 (to date)

The progressions of the percent of new launches from 2018 to 2020 (to date) in the US, Europe and Asia Pacific are displayed in Figure II, III and IV (below).  In the US, the number of zinc-based formulations launched in 2020 increased by 7% from 2018.  This is a very significant increase considering that many launches in 2020 were postponed due to COVID-19.  In Europe the increase was more modest and kept only at 4%, whereas in Asia Pacific the increase was 8%.  It can be seen from the data that the global market was affected by the new direction seen in the US market.

Figure II. A comparison of the percent of launches of zinc-based formulations in North America from 2018 to 2020 (to date)

Figure III. A comparison of the percent of launches of zinc-based formulations in Europe from 2018 to 2020 (to date)

To add more complexity to the situation, the European Chemicals Agency, also known as ECHA, is considering classifying most zinc oxide and titanium dioxide sunscreens as microplastics.  Since most zinc oxide and titanium-dioxide particles are in the nano range and are typically coated with silicones or other hydrophobic materials, they fit the description of microplastics.  This argument is now being debated at the European Union.  Considering inorganic sunscreens as microplastics will warrant reformulation of hundreds of formulations worldwide and will have a huge global impact.  The impact will be very similar to the one created by the FDA in the US but this one goes in the opposite direction.  It will be interesting to see how companies will adapt to all the new regulations.  In one aspect, formulators with sunscreen background will be quite in demand and that is a positive outcome for formulation chemists especially during this global crisis of COVID-19.  This change will keep all our regulatory experts in demand as well, as someone must decipher what the FDA and ECHA are planning to do in the future.  Not to add more complexity, but I am sure China and Australia will come soon with their own guidelines.

Considerations for the Future

For now, the best bet is to be ready and have formulations that will be suitable for the various markets.  Global formulations might become a thing from the past. 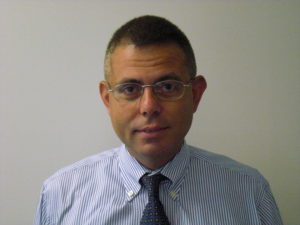 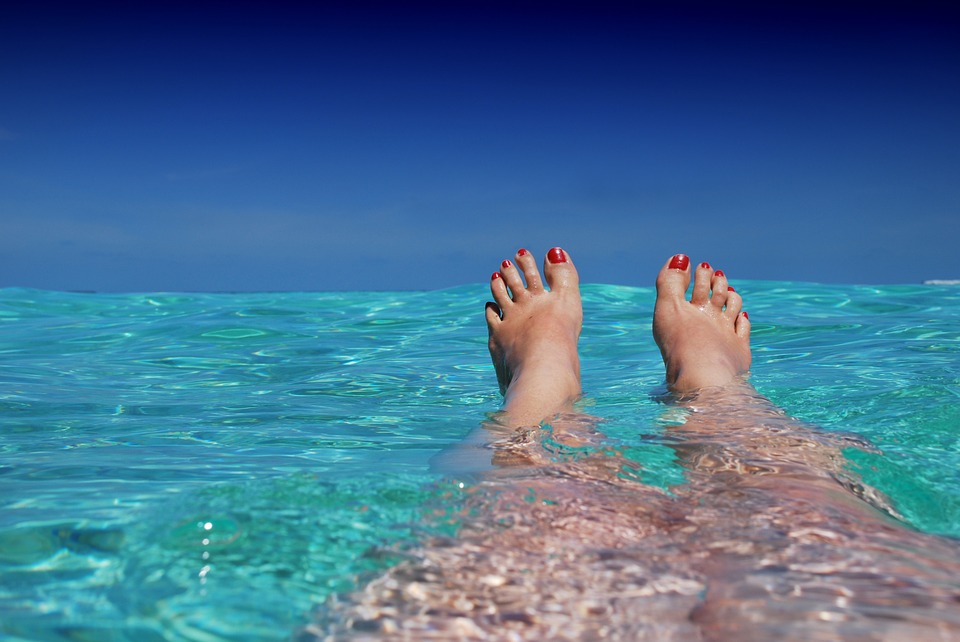 In February of 2019, the FDA stunned the cosmetics industry one more time by publishing proposed rules for sunscreens in the Federal Register.  As indicated by its name, these are only proposed rules but historically companies have implemented proposed rules into their formulations to be proactive.  The FDA used the argument that since the issuance of the original Final Monograph in 1999, the use of sunscreens and exposure to UV filters substantially increased.  It was important for the Agency to re-evaluate sunscreens based on current scientific understanding and extend safety assessments for such topical products to include chronic use.

What are the changes

The biggest change that the proposed ruling brought was the reduction of the number of Category I (Safe and effective) approved sunscreens that can be used in the US.  The FDA reduced the number of sunscreens in Category I from 16 to 2.  These two sunscreens are Titanium Dioxide and Zinc Oxide and they are approved at a level of 25% in formulations.  In addition, the FDA classified paminobenzoic acid (PABA) and Trolamine Salicylate as Category two II (Not safe and effective) which means that these two sunscreens can no longer be used in sunscreen formulations.  The remaining 12 sunscreens namely, Cinoxate, Dioxybenzone, Ensulizole, Homosalate, Meradimate, Octinoxate, Octisalate, Octocrylene, Padimate O., Sulisobenzone, Oxybenzone, and Avobenzone were classified as Category III (Additional data needed to confirm safety and efficacy).  These 12 sunscreens can be used in formulations until the FDA categorizes them into Category I or II.  From a formulation prospective, the FDA decreased the number of sunscreens to 14 until further action.  The FDA did not address the percentage at which those sunscreens can be used specifically, but probably a good fall back would be to use them at the levels published in the 1999 Monograph.  The proposed rule does not address the sunscreen active ingredients that are being evaluated under a TEA (Time and Extent Application).

In addition, the FDA proposed changes to the types of dosage forms that can be used for sunscreen products.  For Category I, they proposed the following dosage forms: oils, lotions, creams, gels, butters, pastes, ointments and sticks.  The FDA proposed Category I status for sprays subject to testing for inhalation and flammability.  Powders were classified as Category III pending additional data.  All additional dosage forms including wipes, shampoos, body washes, towelettes and others are considered as new drugs.

Broad spectrum testing was also changed.  In most parts of the world, the Critical Wavelength is used to measure broad spectrum.  The FDA is proposing to use the UVAI/UV ratio of 0.7 or higher as a standard for all sunscreens of SPF 15 or higher.  The FDA had previously proposed to make the ratio 0.9 or higher but realized that it is impossible to achieve such ratio with the portfolio of approved Category I sunscreens available in the US.  The new ratio seems reasonable but now manufacturers must perform two tests for global products, the UVAI/UV ratio and the Critical Wavelength.

Final formulation testing and labeling requirements have changed as well.  The FDA proposed to label products with the lowest SPF number achieved in in vivo testing to eliminate the variability associated with such testing.  The FDA also raised the maximum labeled sunscreen product to SPF 60+ and they attributed their decision to the lack of evidence that higher SPF product could bring meaningful clinical benefits.  The FDA proposed to label sunscreens products with an SPF 30 or higher in increments of 10 (i.e. SPF 30, 40, 50 and 60+).  They also proposed labeling sunscreens with SPF 15 to 29 to be in increments of 5 (i.e. SPF 15, 20, and 25).  The FDA also brought attention to products that are labeled SPF2 to SPF 14 and proposed that such products be removed from the market since they do not bring any adequate protection to consumers.

Sunscreens-insect repellant combination products are proposed to be classified as Category II due to incompatibility between FDA and EPA labeling instructions.  In addition, the FDA believes that combining DEET with certain sunscreens may increase cutaneous absorption of either or both.

What is the impact

In this proposed ruling, the FDA addressed so many safety concerns that companies and consumers suspected for years.  Many sunscreens used in the US are no longer used in Europe, Asia and the rest of the world due to their safety profiles.  However, these markets have alternative sunscreens in their portfolio that they can use to formulate safe and effective sunscreens.  In the US, such large portfolio of approved Category I sunscreen does not exist, so I would like to urge the FDA to speed the approval of all the molecules awaiting approval in the TEA process.  This will enable US formulators to have the same tools that their counterparts in the rest of the world have.  In the meantime, I am sure that formulators will use their creativity and start adapting their new formulations to the guidelines set forth by the FDA.