The Sunscreen Innovation Act sponsored by Jack Reed was introduced to the Senate Committee Health, Education, Labor and Pensions on March 13, 2014.  It amends the Federal Food, Drug, and Cosmetic Act to establish a process for the review and approval of over-the-counter (OTC) sunscreen active ingredients.

On February 26, 2019 the FDA published a proposed rule that would put into effect a final monograph for non-prescription OTC sunscreen drug products.  It establishes conditions under which certain OTC drugs may be marketed without approved new drug applications, indicating these products would be Generally Recognized as Safe and Effective (GRASE).  The sun care industry was hopeful that data previously submitted to the FDA would lead to the approval of additional sun filters currently used in Europe, under the FDA time and extent rule (TEA) policy.

To establish safety in use of sunscreen products, the FDA is proposing a Maximal Usage Trial study (MUsT). This is a human pharmacokinetic test that measures the amount of absorption of a drug into the body.  This study is new to the cosmetics industry and is more commonly used to study absorption of prescription drugs into the body.  The FDA believes this study will help to determine the potential effect of long-term use of an active ingredient. 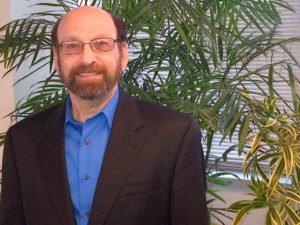 Howard Epstein is Director of Technical Services for EMD Performance Materials Corporation, Philadelphia, PA., an affiliate of Merck KGaA, Darmstadt, Germany. He was a scholar in residence at the University of Cincinnati department of dermatology and received his Ph.D. in Pharmacognasy from the Union Institute & University in Cincinnati, Ohio during that time. He has been in the cosmetics industry for many years since he began his career formulating cosmetics for Estee Lauder, Maybelline, Max Factor, Bausch & Lomb and Kao Brands. In addition to his interest in botanicals Howard previously served as editor of the Journal of the Society of Cosmetic Science and is a member of the International Academy of Dermatology. He is on the editorial board of the dermatological journals Clinics in
Dermatology and SKINmed representing the cosmetics industry to dermatologists.