The use of hand sanitizers has steadily increased over the past ten years.  Their use began in hospitals, doctor’s offices, clinics and healthcare facilities.  Then, we started seeing dispensers in building entrances, by elevators and in many common areas.  Due to the recent COVID pandemic, there was an exponential increase in the use of hand sanitizers. Dispensers were placed in most store’s entrances and in multiple locations in every store.  Hand sanitizers were no longer sold in pharmacies only, but they are sold everywhere, including hardware stores.  One can purchase a gallon of sanitizing hand lotion at a time instead of the usual 12 to 16 oz containers.

In the United States, hand sanitizers are also called “consumer antiseptic rubs” and are regulated by the Food and Drug Administration (FDA).  They are considered Over the Counter Drugs (OTC) and fall under the Consumer Antiseptic Rub Products Monograph.  This monograph is not finalized yet, but tentative final monographs have been published in the Federal Register in 2016, 2017 and 20191,2,3.  The most recent tentative final monograph does not classify any active as Category I (Safe and effective).  However, it classifies three actives as Category III (More data needed for safety and efficacy).  These actives are:

The monograph requires marketers of such products to test the products for safety and efficacy.  Efficacy should be tested both in vitro and in vivo.  In vitro testing requires the determination of antimicrobial activity of the antibacterial active by conducting a battery of antimicrobial tests using certain bacterial strains.  Three tests are suggested in the monograph, namely Minimum Inhibitory Concentration (MIC), Minimum Bactericidal Concentration (MBC) and time-kill testing of certain strains.  Regarding in vivo testing, the monograph specifies conducting two clinical studies with a minimum enrollment of 100-person each in two separate centers to evaluate efficacy.   Efficacy is typically evaluated using bacterial log reduction after product application as compared to a placebo.

Now let’s talk about the fun stuff, formulating a hand sanitizer product.  The leading method of dispensing hand sanitizers in most facilities are the motion-sensing foam dispensers.  These dispensers typically are filled with an alcohol-based solution that foams when dispensed.  The formulation contains 70% alcohol for sanitizing and PEG-12 dimethicone as a foaming agent.  It also contains glycerin (a well-known moisturizer), tocopherol acetate and a couple of esters to replenish skin lipids as well as a mild fragrance to cover the alcohol smell.

The second most popular form of hand sanitizers on the market is the gel.  Most gels are formulations containing an alcohol level between 60-80%.  Many gels are thickened with Carbomer or an acrylate variant such as Acrylates/C10-30 Alkyl Acrylate Crosspolymer.  Due to the high level of alcohol in these formulations, the use of sodium hydroxide to neutralize Carbomer is generally not suggested. Typically, it is recommended to neutralize acrylates polymers with organic amines.  Formulators have used triethanolamine, aminomethyl propanol, and tris amino.  The use of acrylates in making the gels provides a good cost advantage and helps create crystal clear gels.  The formulations typically crumble during rub out due to the inability of acrylates to handle residual salt in hands.  Due to recent attacks on acrylates from various organizations and their potential labeling as micro-plastics, many formulators switched to cellulosics as rheology modifiers.  Cellulosics are naturally-derived and can thicken alcohol-based formulations as well.  The most commonly used thickener is hydroxypropylcellulose followed by hydroxyethylcellulose.  Cellulosics will yield transparent gels and will impart a slip to the formulation.  Cellulosic gels do not need to be neutralized and do not crumble in hands upon rubbing.

Alcohol-free hand sanitizers typically capture a small slice of the market by targeting some customers that prefer not to use alcohol.  These products are based on Benzalkonium Chloride and come in various forms like emulsions, gel-creams, and gels as well.  Due to the absence of alcohol these products could be considered Halal if they meet the rest of the criteria necessary for certification.

A myriad of ingredients can be typically added to hand sanitizer gels.  Glycerin is very popular as it helps moisturize the skin and changes the feel and application of the gel as well.  Aloe is another ingredient commonly added to the formulation due to its well-known healing and soothing properties.  Several alcohol-soluble esters have been used as well.  Esters of alpha-hydroxy acids are popular due to their high polarity and ease of incorporation into such formulations.  Such esters are lauryl lactate, myristyl lactate, and C12-15 alkyl lactate.  Other alcohol-compatible esters with high polarity include diisopropyl adipate, and isodecyl neopentanoate.

One important key ingredient present in most gels is the fragrance.  Selecting a fragrance for a hand sanitizer is not quite simple.  One must make sure that the fragrance is stable at such high level of alcohol for the duration of the accelerated stability (typically, 3 months at 45°C).  In addition, the fragrance must cover the alcohol odor without being overwhelming since many professionals apply the product more than 10 times a day.

When checking the stability of such formulations, one should not forget to store them in explosion-proof ovens.  These formulations are quite flammable, and if stored in a regular laboratory oven can cause a fire hazard.  The compatibility of these formulations with the final packaging should also be tested as the high level of alcohol could deform many types of plastics.

I hope this quick review of hand sanitizer formulations is quite helpful for formulators and would give them a head-start when formulating such products. Now it is up to the individual formulator to be creative and add his/her personal touch to make such formulations unique in this crowded undifferentiated market. 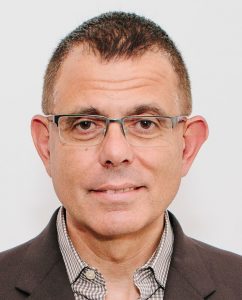 Dr. Fares worked at Block Drug and GlaxoSmithKline where he held positions in research and development in the areas of skincare and oral care.  After that, he joined L’Oreal where he held several positions of increasing responsibility leading to AVP of skincare.  He is currently the Senior Director of skincare and oral care at Ashland Specialty Ingredients.  Dr. Fares is the author of many publications, and patents and made many presentations in national and international meetings in the areas of suncare, skincare, and oral care.  Dr Fares chairs the NYSCC scientific committee and has won multiple awards in the area of sun care and polymer chemistry.